The grounds of Schloss Hof Estate extend across seventy hectares in eastern Lower Austria. The resplendent ensemble consisting of a two-storey palace, the gardens and the estate farm is of outstanding significance in the history of art and culture.

In 1725, the 62-year-old military commander Prince Eugene of Savoy purchased a one-storey Renaissance citadel with rectangular ground plan and commissioned Johann Lucas von Hildebrandt to remodel it into a prestigious hunting manor.

The citadel was lengthened by two wing constructions to the west. More than eight hundred artisans laboured until Prince Eugene’s death in 1736 to construct among other features a spacious garden with seven terraces. The estate farm built north of the chateau would in future be used for economic provisioning.

For the exquisite interiors of the palace – the first floor contained Prince Eugene’s residential apartment, the ceremonial apartment (Paradeappartement), thirteen guest chambers, the chapel and the banqueting hall – artists were engaged who had already earned their laurels by contributing to such buildings as the Belvedere palaces. Among them were the interior decorator Claude Le Fort du Plessy and the stucco artists Santino Bussi and Alberto Camesina.
The great inheritance and exhilarating feasts.

The great heritage and exciting feasts

When Prince Eugene died at the age of seventy-three, his sole living relative, his niece Anna Victoria of Savoy-Soissons, inherited all his possessions and became one of the richest women in Europe. Two years after inheriting, she married the eighteen years younger Prince Joseph Friedrich of Saxony-Hildburghausen, and gave him Schloss Hof and Schloss Niederweiden. Even after the couple’s separation these properties remained in Joseph Friedrich’s ownership and he was expert at exploiting them as venues for luxurious functions and events.

He made use of his last great feast in Schloss Hof in 1754 to sell the property as profitably as possible. For three whole days every conceivable kind of spectacle was dreamed up for the guests of honour – Maria Theresa and Francis I Stephen of Lorraine – in the hope of motivating them to buy. The numerous activities paid off. A year later Maria Theresa bought Schloss Hof and made a gift of it to her spouse.

Shortly after the purchase minor alterations were begun in the palace: Prince Eugene’s private chambers were now used by the imperial couple and newly appointed for this purpose. Until his death in 1765, Emperor Francis Stephen spent several weeks at Schloss Hof, to hunt, or, alongside Maria Theresa and the children, to “relieve the soul of the burden of rule”, as is written in an inscription on the garden-side palace façade.

The palace underwent radical alterations in the 1770s by the imperial court architect Franz Anton Hillebrandt. In order to create extra guest rooms the building was raised a storey. The belle étage rooms were remodelled in Neo-classical style. Maria Theresa, now a widow, had an apartment in the south wing decorated mainly in grey and white. This reconstruction phase gave the palace its modern appearance.

A palace as training base for the Imperial and Royal Army

After Maria Theresa’s death in 1780 subsequent generations showed little interest in their Marchfeld summer residence and increasingly left it to the resources of nature.

In 1898, Emperor Franz Joseph resolved to transfer the complex to the army administration in order to set up an institute for riding and driving instruction. Before the military moved in, most of the art objects such as furniture, garden sculptures and wrought-iron gates were transported in two hundred wagons to Vienna and in the coming two decades formed a rich depot for furnishing other imperial stately homes.

The most striking alteration in Schloss Hof at this time was the new building of two indoor riding arenas on the first terrace.

After the end of the Habsburg Monarchy the property was taken over by the State. Little changed for Schloss Hof. It remained under military administration; only the soldiers’ uniforms changed.

After the Imperial and Royal Cavalry, the Austrian Federal Army moved in, then the German Wehrmacht, and finally in 1945 the soldiers of the Red Army. Major restoration and rebuilding work was done in the stately buildings of Schloss Hof and Niederweiden – already derelict by this time – for the Lower Austrian Land Exhibition “Prince Eugene and Baroque Austria” in 1986.

Extensive refurbishments and the reconstruction of the two buildings started in 2002 with the founding of the Marchfeldschlösser Revialisierungs-und Betriebsges.m.b.H. This was merged in 2015 with the Schloss Schönbrunn Kultur-und Betriebsge.m.b.H. 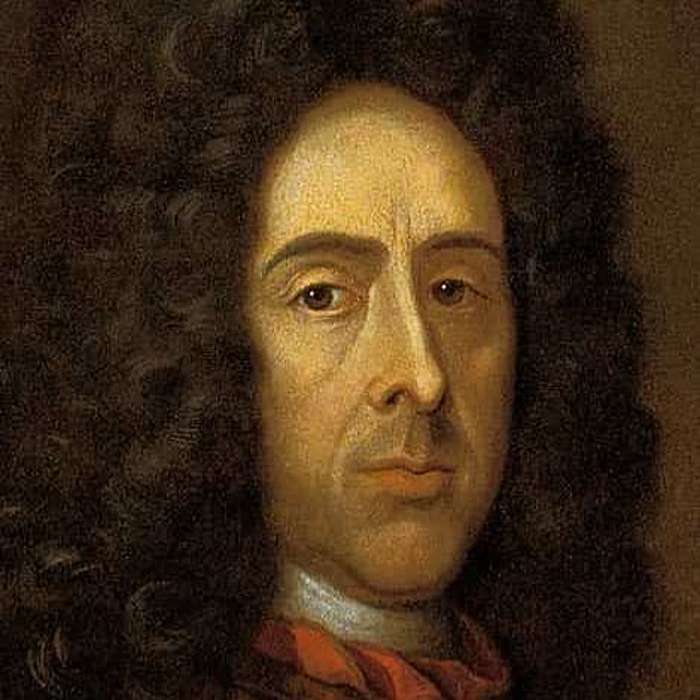 Prince Eugene purchases the manorial estate on the March and has Johann Lucas von Hildebrandt remodel the castle situated there into a prestigious country seat. A year later he enlarges his properties by purchasing Schloss Niederweiden.

Prince Eugene dies, his niece Anna Victoria inherits both properties and later gives them to her spouse Prince Joseph Friedrich of Saxony-Hildburghausen. 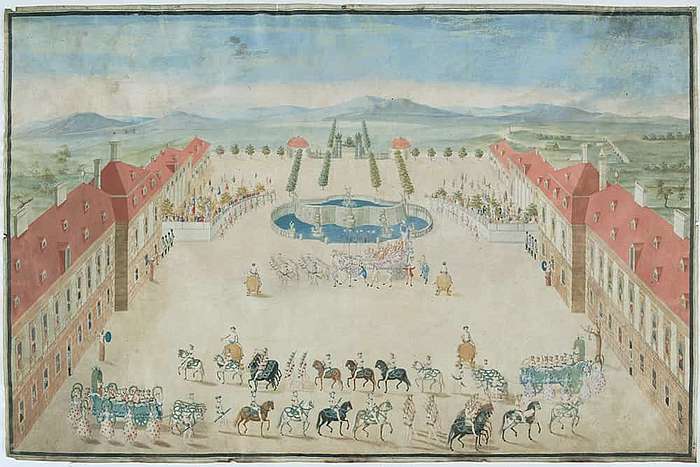 One of the grandest Baroque feasts is celebrated in Schloss Hof and Niederweiden in order to motivate the guests of honour Emperor Francis I Stephan of Lorraine and Maria Theresa to purchase the properties. 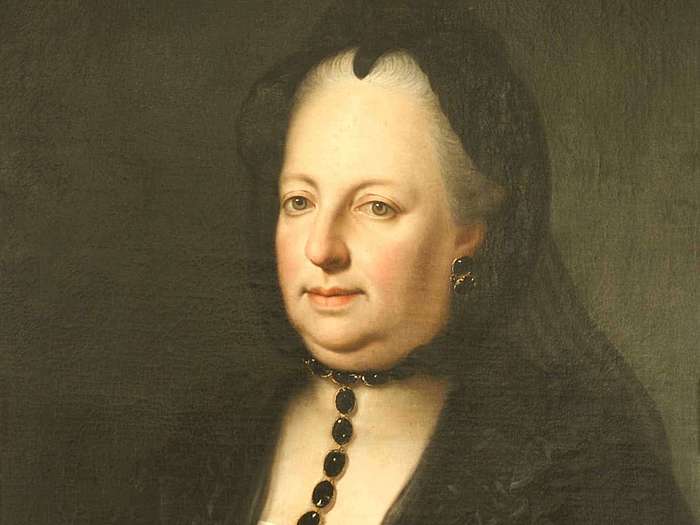 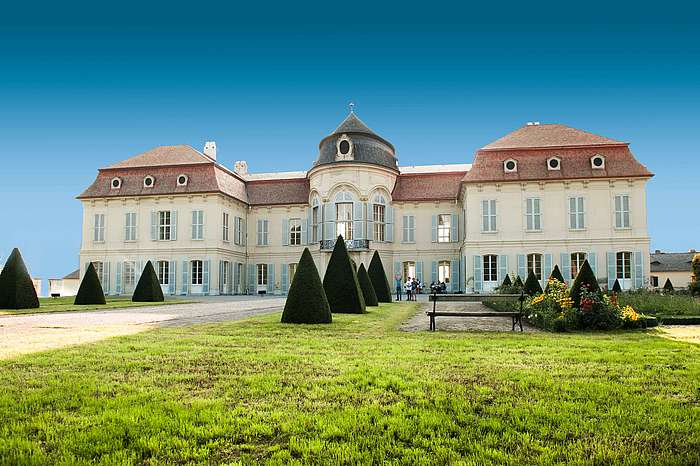 Schloss Niederweiden is remodelled by the imperial and royal chief architect to the court Nikolaus von Pacassi. 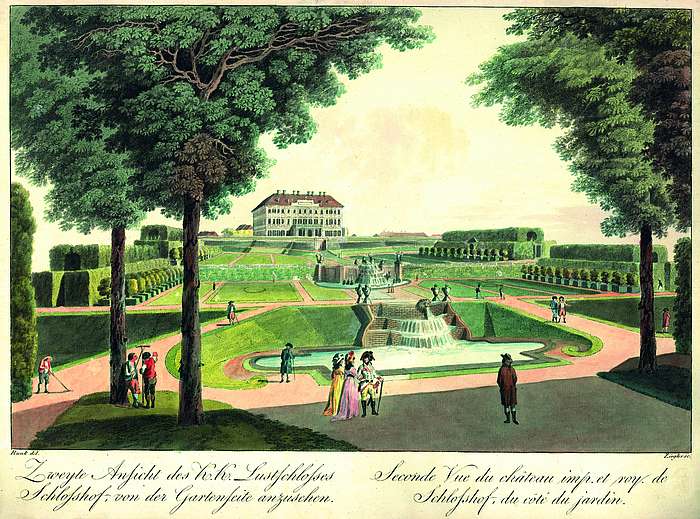 Schloss Hof is raised a storey. The rooms on the first floor are remodelled. Chief architect is Franz Anton Hillebrandt. 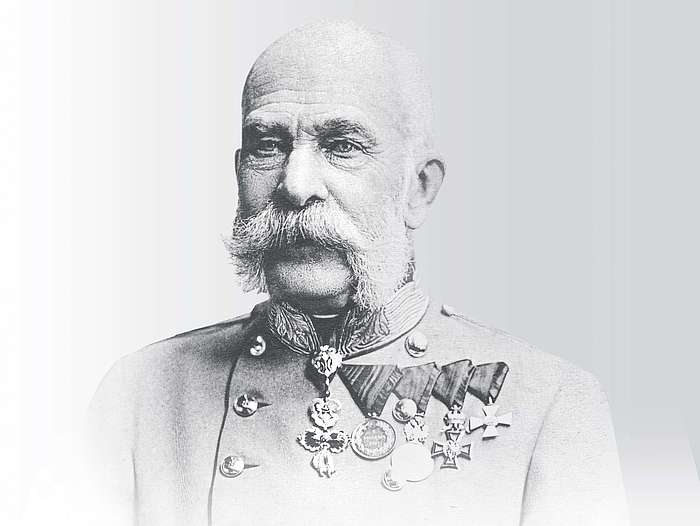 Emperor Franz Joseph I transfers the two chateaux to the military administration as future imperial and royal teaching institution for riding and driving. The objects of artistic and historical cultural interest are transported to Vienna. 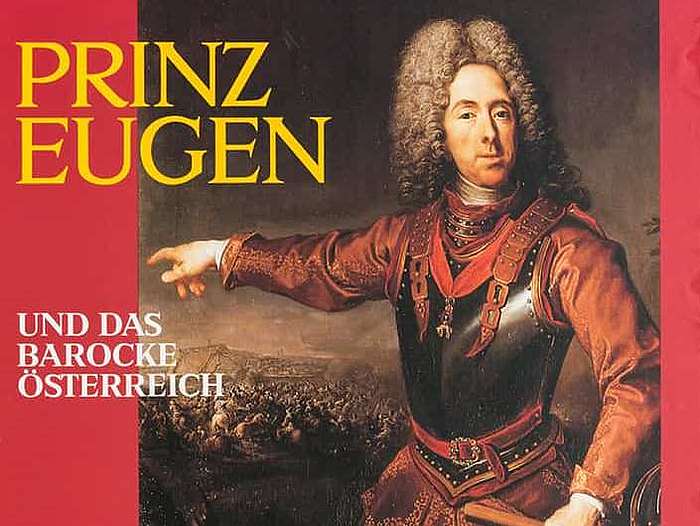 On the occasion of the Federal Land exhibition “Prinz Eugene and Baroque Austria”, both chateaux are comprehensively restored.

The Marchfeldschlösser Revitalisierungs-und Betriebsges.m.b.H is founded in order to rescue the cultural heritage sites from dereliction.