In 1685 Count Ernst Rüdiger von Starhemberg purchased the domain of Engelhartstetten with the village Niederweiden. The once imposing medieval castle of Grafenweiden, several hundred yards away from today’s chateau, was then already a ruin and the abandoned village overgrown with rampant underbrush.

Count Ernst Rüdiger von Starhemberg commissioned Johann Bernhard Fischer von Erlach in 1693 to design a small hunting lodge close to the derelict village of Niederweiden. The architect planned an airy “pleasure-garden building” by taking three basic geometrical forms (oval, rectangle, square) combined in varied relationships with one another. The leitmotif in Fischer’s language of forms is clearly recognisable in the three-dimensional façade structure with its protruding and concave sections and the raised oval central hall with attic storey crowned with sculptures. West of the chateau he added two small service buildings, the game kitchen and confectionary bakery.

In 1726 Prince Eugene purchased the domain of Engelhartstetten along with the “Engelhartstetten hunting lodge”, as it was then designated, from the Dowager Countess Maria Josepha Starhemberg for 177,000 guilders and united it with the stately residence of Schloss Hof. Both buildings and grounds have been in single ownership ever since this time.

Prince Eugene altered little in Schloss Niederweiden. Solely one of the four residential apartments was adapted for him. Prince Eugene commissioned the planning of a spacious garden to the east of the building, which was divided by a central axis into an agricultural section (with fruit and vegetable areas) and a so-called “Lustwäldchen” – “pleasure grove”. This rococo-type garden with all kinds of nooks and crannies, winding paths and spectacularly laid out lawns was an early sign of the change in garden landscaping: while Schloss Hof demonstrates the strict symmetry of the Baroque, here, diverting and playful irregularity is the core design principle.

Niederweiden as a place for festivities

After the death of the art connoisseur-cum-military commander in 1736, his niece Anna Victoria von Savoy-Soissons inherited both properties, which she gave to her Thuringian spouse Joseph Friedrich of Saxony-Hilburghausen on the occasion of their marriage two years later. Niederweiden with its new garden “Heckentheater” – a theatre in the hedge enclosure – now became the oft frequented scene of exhilarating festivities. In 1754, however, the owner was compelled to sell both properties for profit. A four-day banquet was the scheme he devised to animate the guests of honour Maria Theresa and Francis I Stephen of Lorraine to buy them.

A year after the great “sale event”, Maria Theresa purchased both properties in 1755 for 400,000 guilders and made a gift of them to her spouse. Only ten more years together were granted to the imperial couple to use these properties, also for hunting.

After the death of Francis I Stephen of Lorraine in 1765, Maria Theresa commissioned the head architect to the Court, Nikolaus von Picassi, to remodel the chateau. The flat roof with the attic zone was replaced by a mansard roof. A side staircase now led to the chambers on the first floor where four apartments were accoutred with Chinese wallpaper and numerous copper engravings. The oval hall with a new domed roof was adorned with illusionist wall paintings by Jean-Baptiste Pillement, showing exotic flora and birds and oriental musicians. In 1770 Maria Theresa requested the Schönbrunn court gardener Louis Flechier to plan out an avenue between the residences of Schloss Hof and Schloss Niederweiden.

The death of Maria Theresa marked the beginning of Niederweiden’s slow decline. Pieces of furniture were successively moved either to Schloss Hof or Vienna. The garden ran completely wild. When Emperor Franz Joseph transferred Schloss Hof to the army administration, all objects related to art and cultural history were removed from Schloss Niederweiden, too, and transported away. What remained was the empty, unused shell of the hunting lodge.

During the First World War the ground floor was even used as a stable for horses. After the end of the Monarchy, Schloss Niederweiden, like Schloss Hof, went into State ownership. In the following years the ceilings collapsed in some rooms, windows and doors had long been replaced by nailed wooden boards. The building substance deteriorated even more when the domed roof of the hall collapsed in the Second World War. Renovations began in 1956, but these were interrupted by a fire that destroyed practically the entire roof, and the staircase roof fell in.

On the occasion of the 1986 Land Exhibition – “Prince Eugene and Baroque Austria” – Schloss Niederweiden also underwent radical reconstruction work, which rescued it from final dereliction. The “Marchfelder Schlösserverein” – the Marchfeld Schloss Assocation – founded in 1987 organised several exhibitions in the subsequent years, including in Schloss Niederweiden. 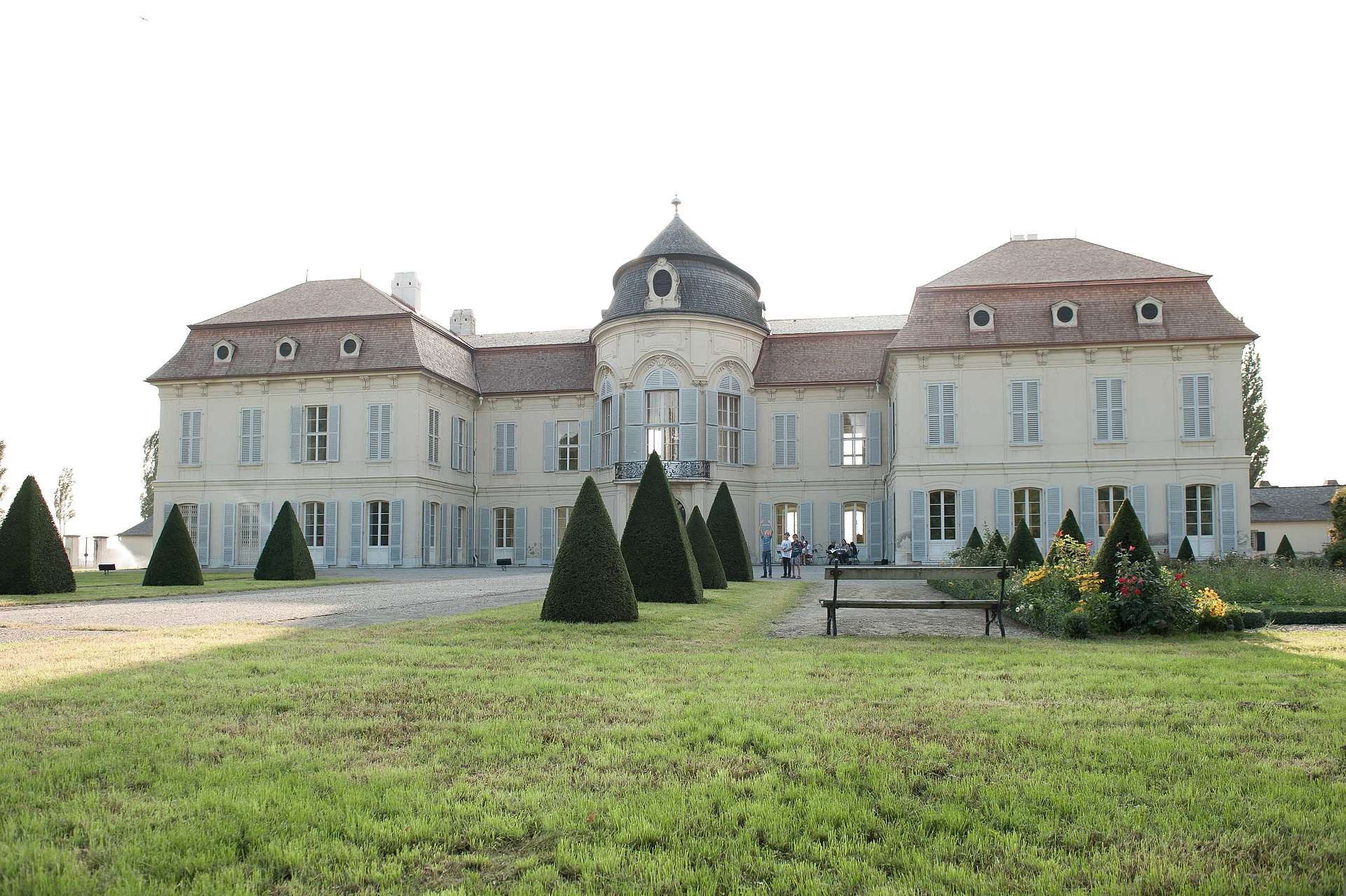 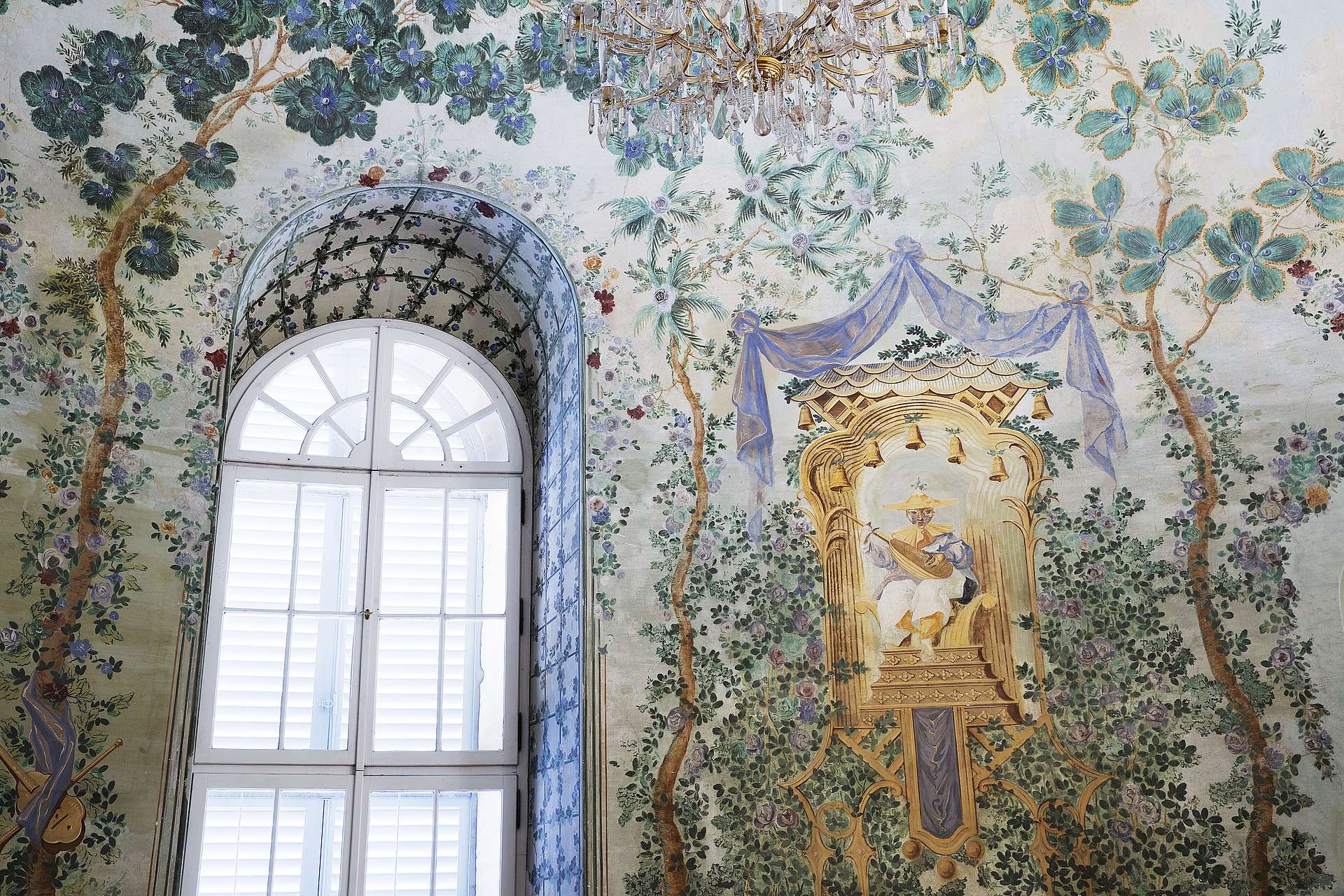 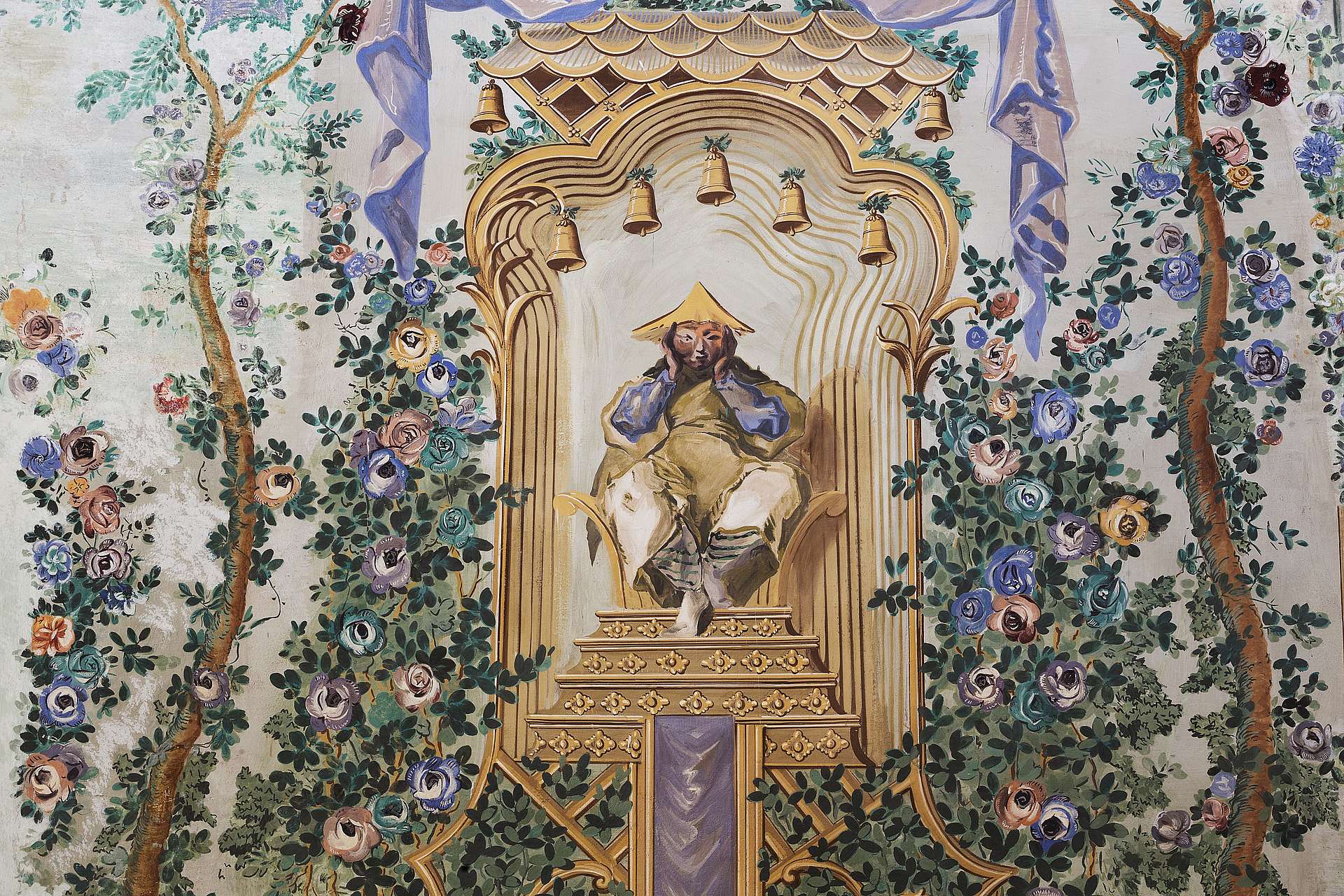 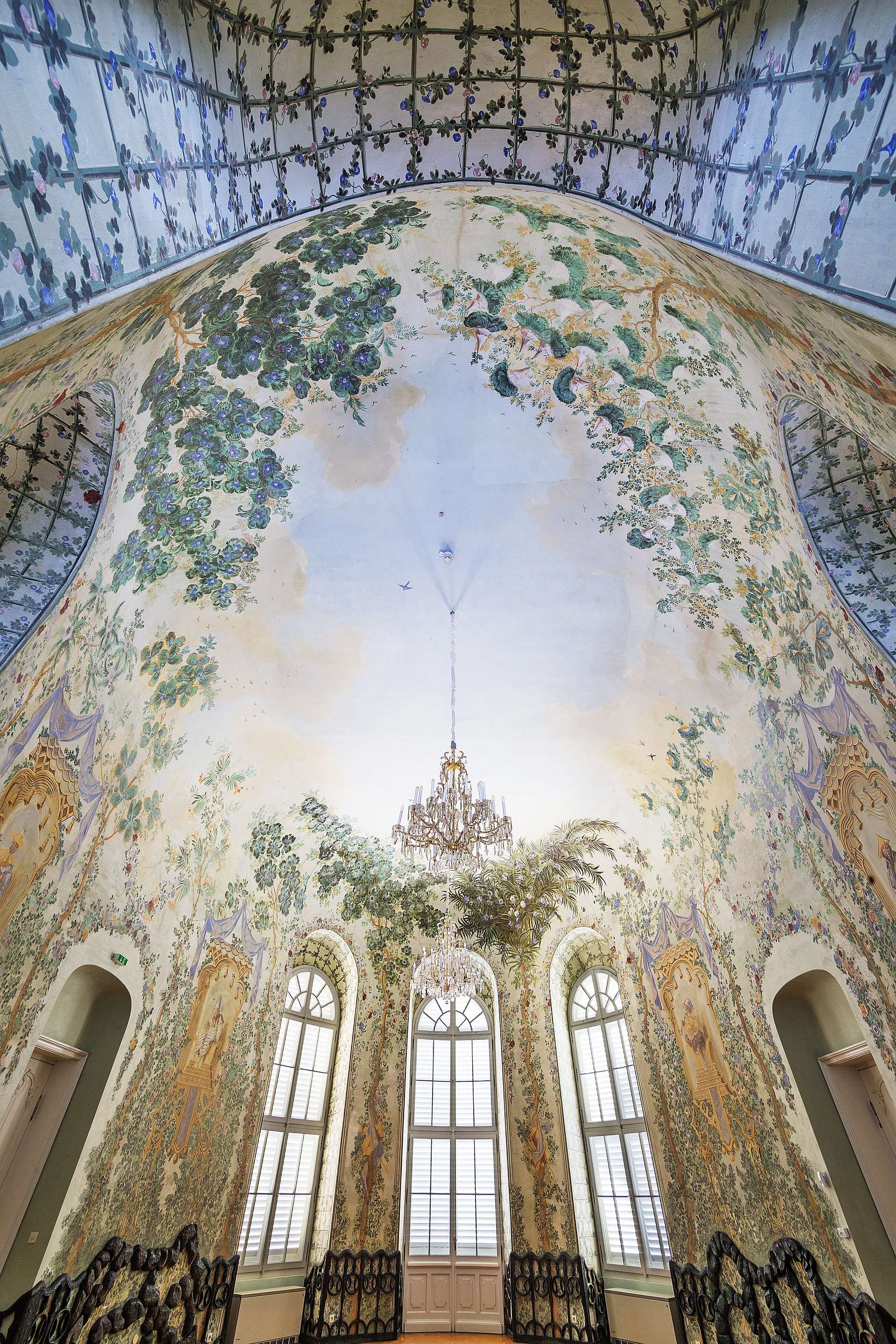 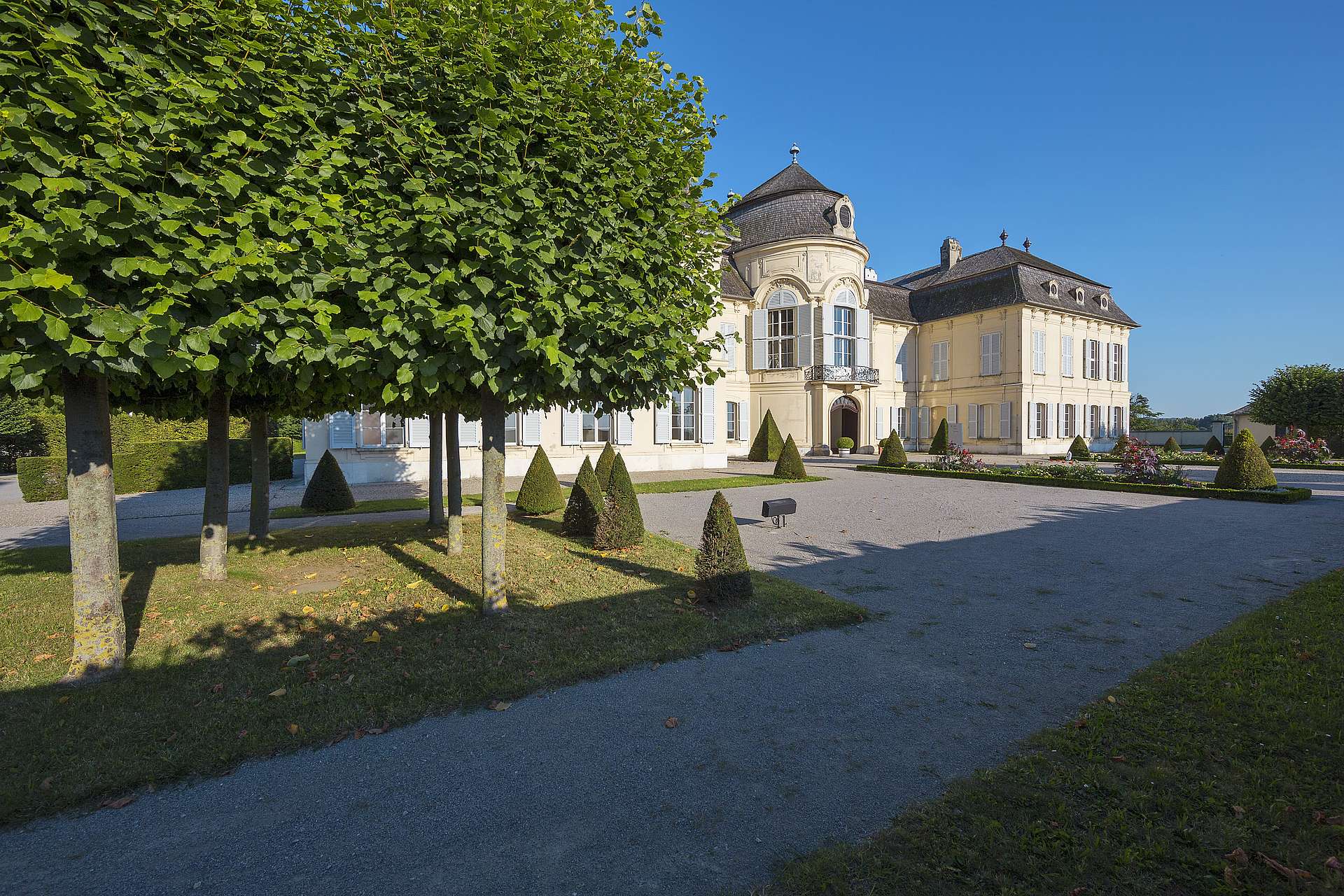 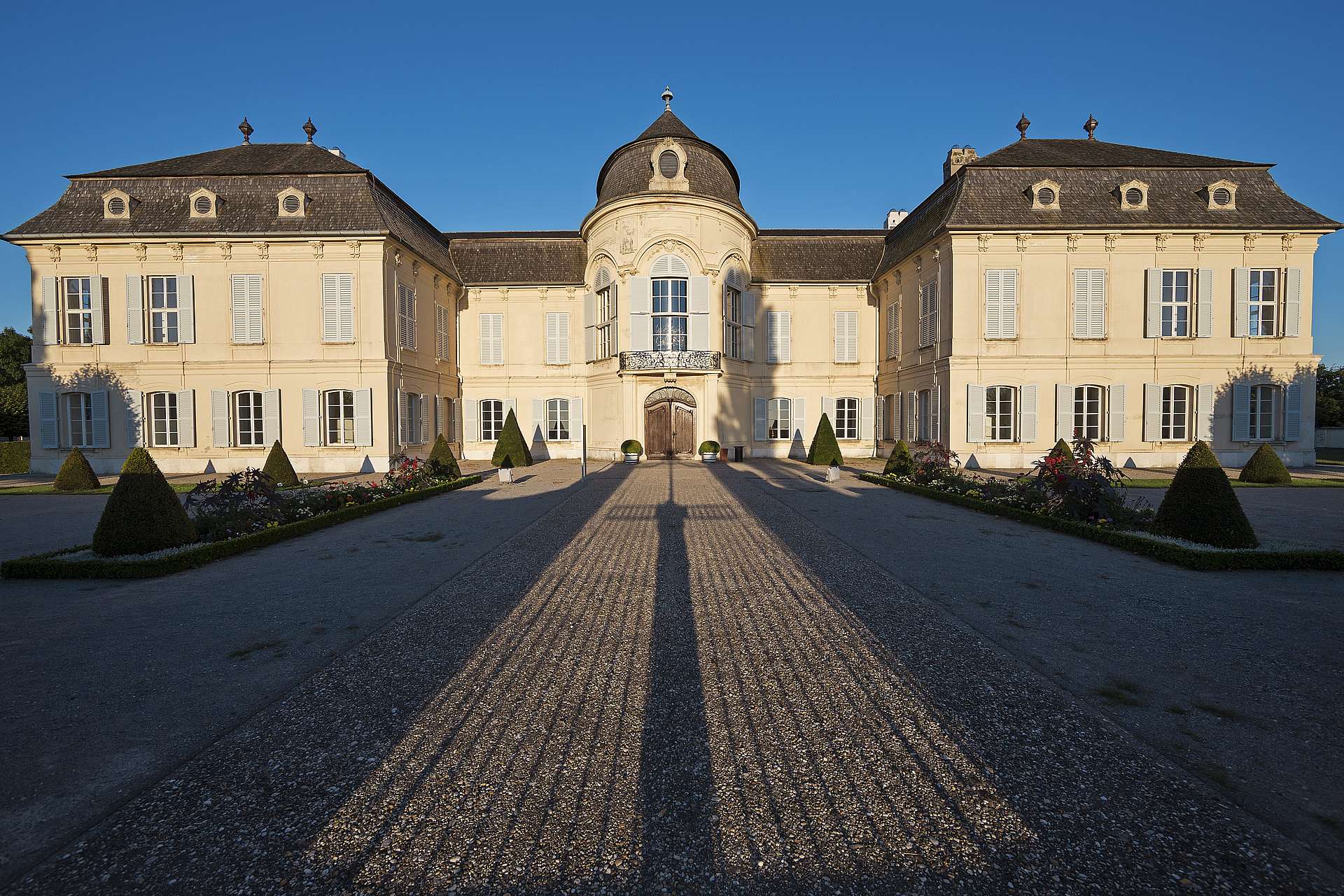 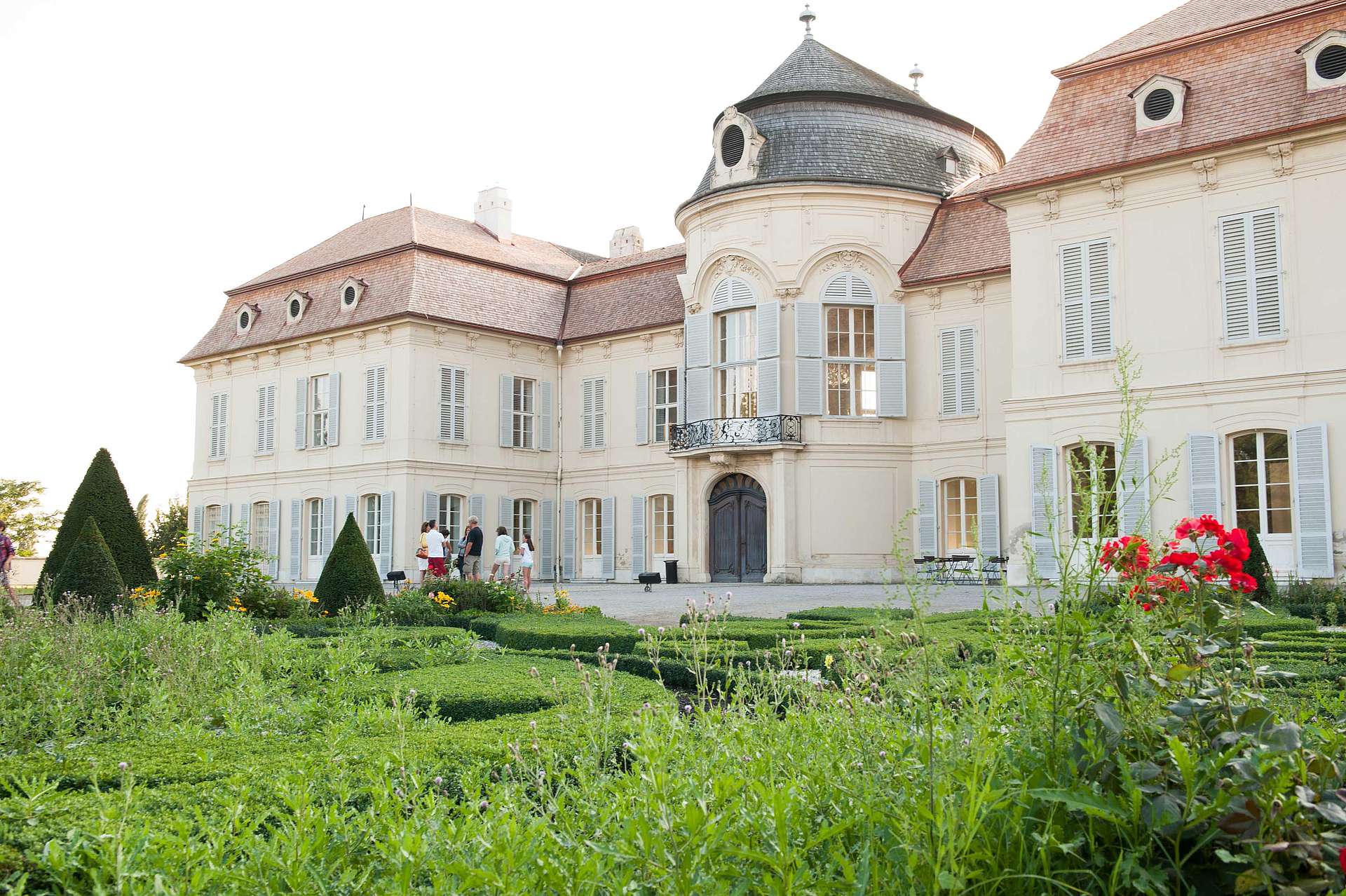 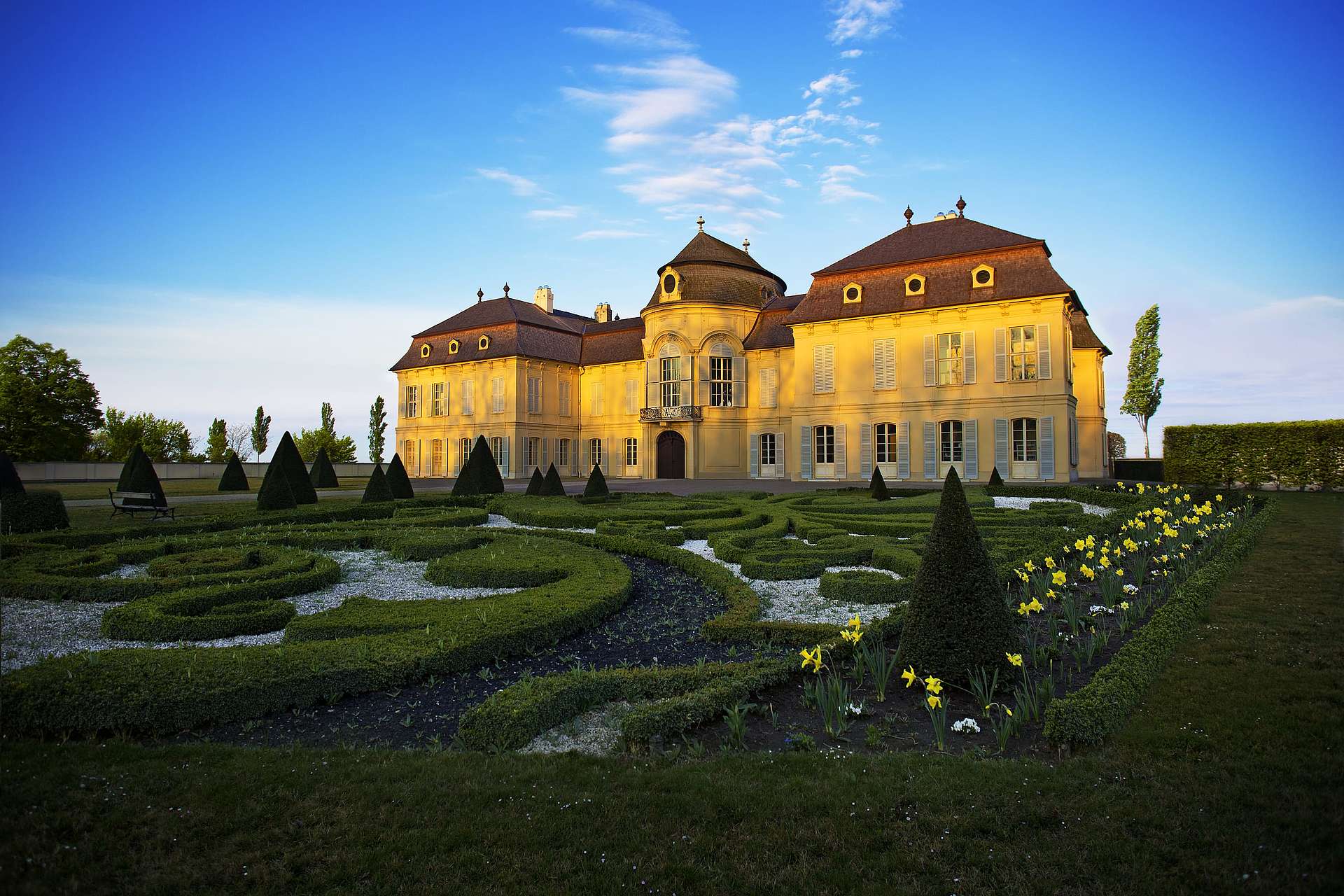